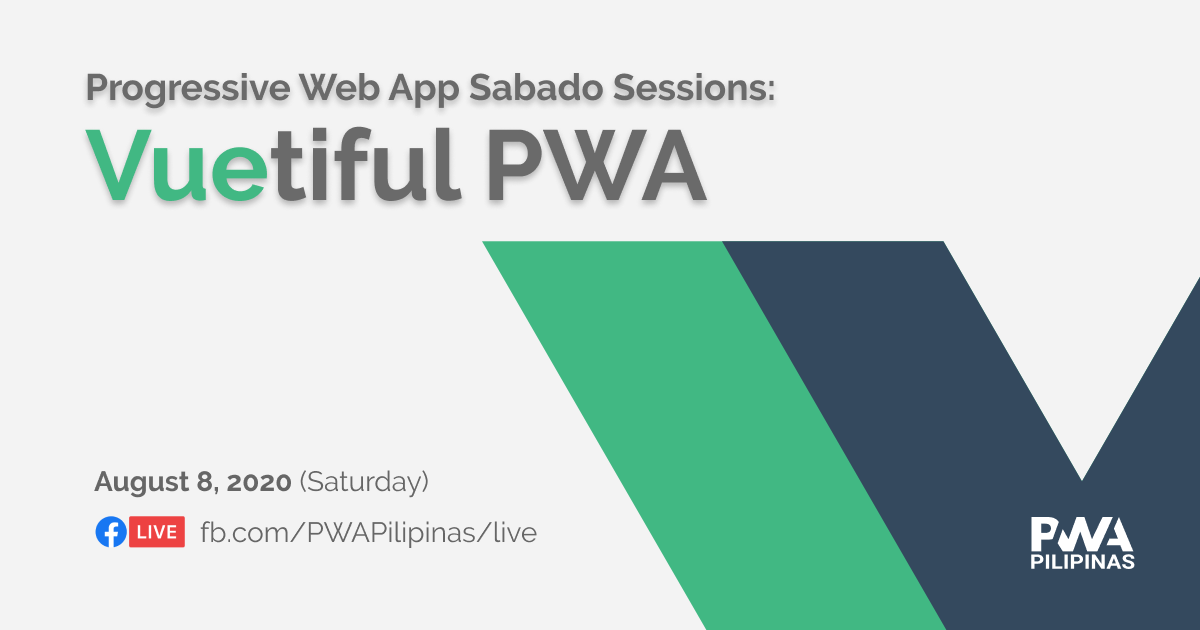 PWA Pilipinas Anniversary Month happens this August and we’ve got a lot in store for web developers, designers and enthusiasts! We’ll be occupying all of your sabados with talks and code sessions about Progressive Web Apps with PWA Sabado Sessions!

This August 8, learn about making Progressive Web Apps using Vue JS! The framework has gained traction over the years from developers. We’ll look at how to supercharge your Vue JS project by transforming it into a Progressive Web App.